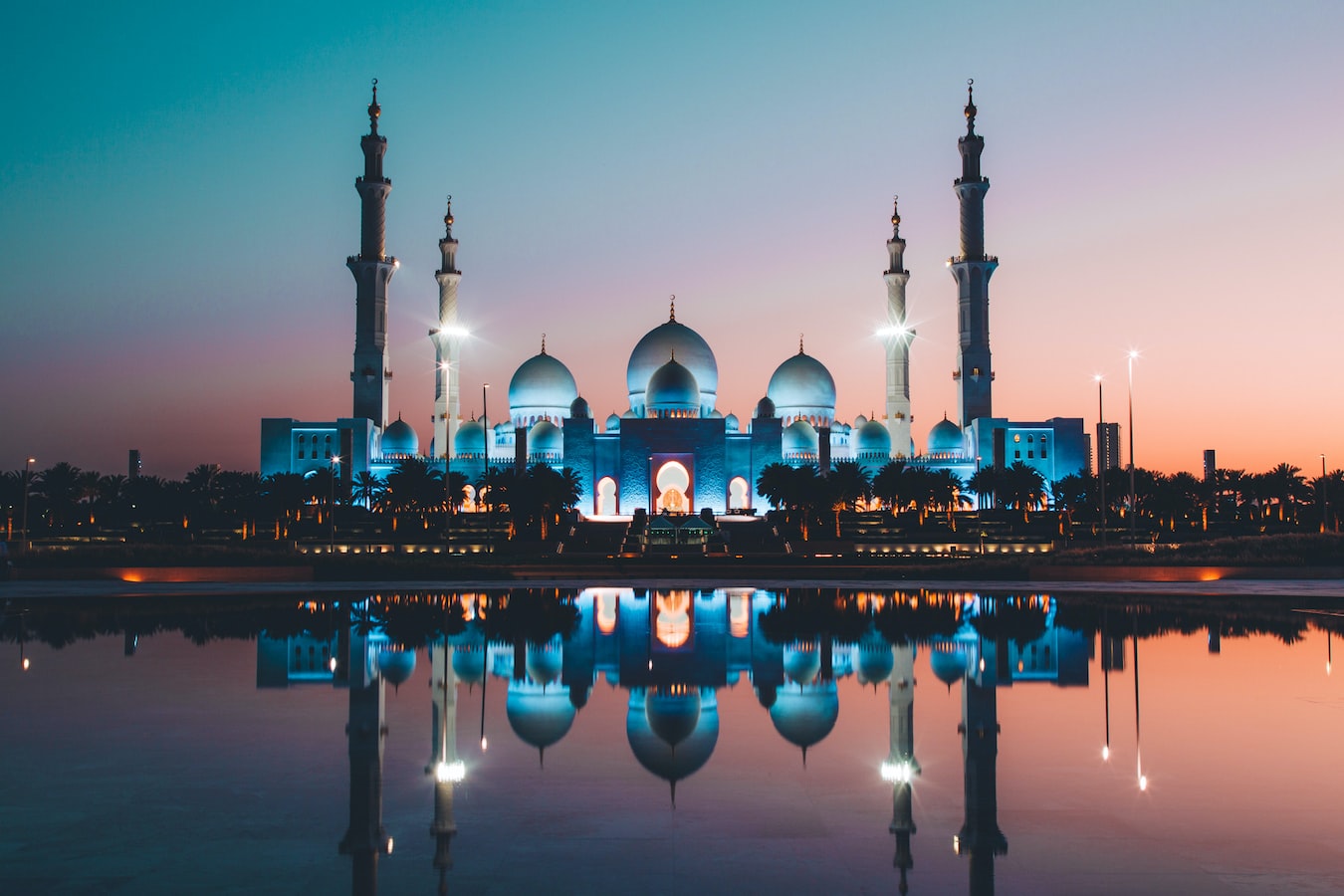 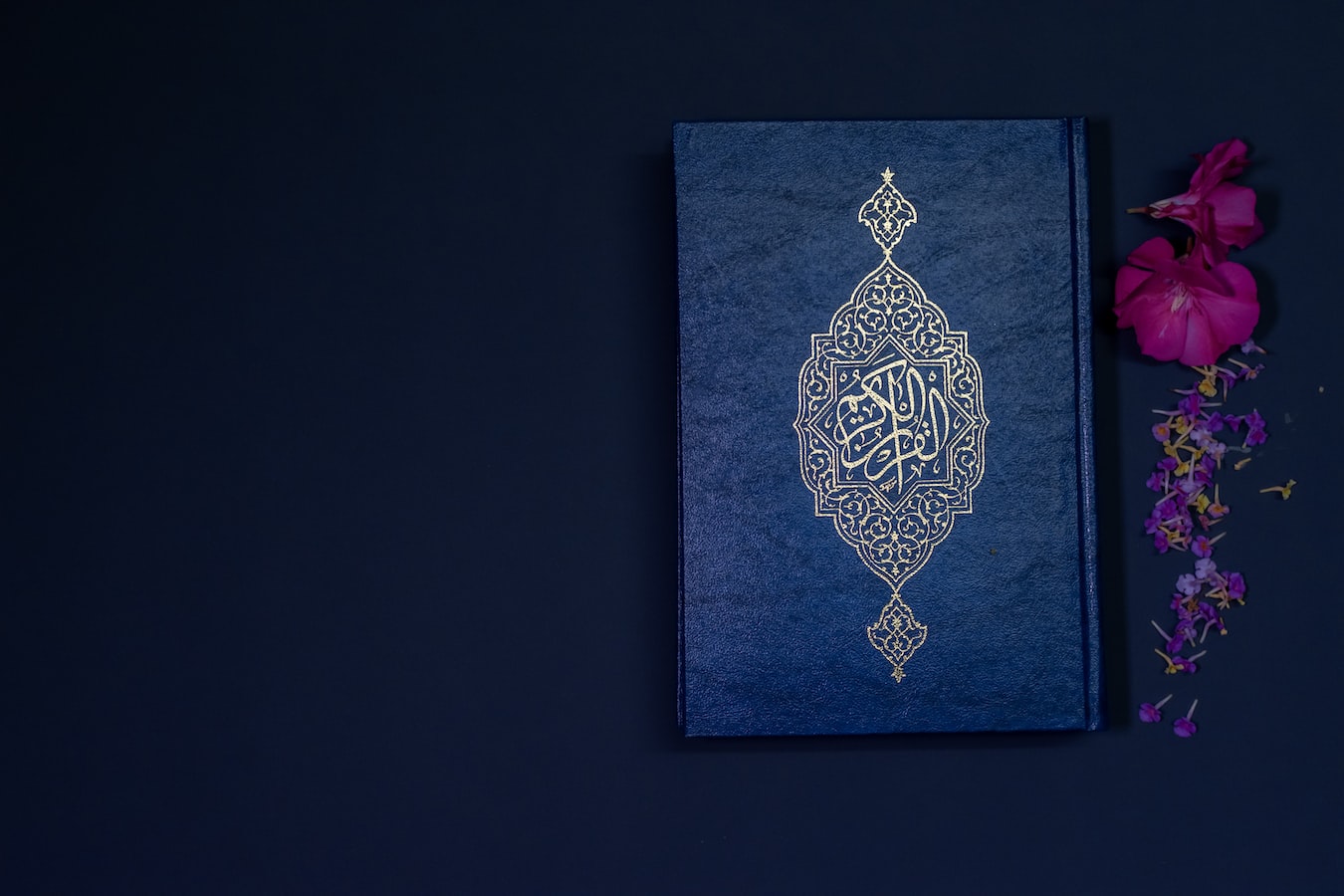 Islam means to believe in and affirm that everything that the Prophet Muhammad ﷺ came with is the truth. The person who does this is a Muslim.

The core message of Islam brought by the Prophet Muhammad ﷺ in approximately the year 610 CE is a continuation of the message of the previous prophets i.e. to believe in one God alone and obey His commands as much as possible. By doing this a person will attain peace, bliss, felicity, and tranquillity in this life and the next life.

The Core Beliefs of Islam

The uncreated, unique, timeless, immutable, all-knowledgeable, powerful, creator of the universe and everything it contains.

These are the books given to the prophets that contain God’s divine injunctions, prohibitions, and informing.

Ethereal beings made of light that carry out God’s commands. They are genderless, they do not eat, drink, or procreate.

This is a human being that God reveals His divine message to. The first of them is Adam and the last is Muhammad ﷺ.

Everything (good or bad) is determined in the knowledge, will, and power of God. Yet, we have been given free-will in our actions.

The resurrection after death, God’s reckoning of every individual, and, ultimately, an everlasting abode of Heaven or Hell.

The 5 Practical Pillars of Islam

To testify that there is none worthy of worship except Allah (the one true God) and that Muhammad is His messenger.

To give out a portion of one’s wealth (if liable) to the poor and needy. This is usually 2.5% on a yearly basis.

Abstaining from food, drink, medicines, and sexual intercourse during the daylight hours only in the month of Ramadan.

To visit the Kaaba in Mecca and perform the Abrahamic rites. This is obligatory once in a lifetime.

Spiritual Excellence is another important part of the religion of Islam (though often neglected) and considered as the perfection of one’s faith. The Prophet Muhammad ﷺ defined it as, “To worship Allah as if you see Him, and if you do not see Him, He sees you.” It is also commonly known as “tazkiyah al-nafs (self-purification/rectification)”, “tasawwuf (spirituality)”, and “ilm al-akhlaq (character building)”

The core foundation is based on two principles:

2. Adorning the heart or inner with praiseworthy characteristics such as humbleness, altruism, well-wishing, compassion, generosity, bravery, and sincerity.

50 of the world’s countries have Muslim majorities including Indonesia, The Maldives, and Senegal.

Muslims make up about 6.5% of the UK population and contribute to all facets of UK life including science and politics.

Since the first revelation of the Quran was revealed to the Prophet Muhammad ﷺ in Mecca.

The prophet Jesus (peace be upon him) is mentioned 25 times by name in the Quran.

Only 3 cities have a particularly sacred significance to Muslims; Mecca, Medina, and Jerusalem.

When the Prophet Muhammad ﷺ passed away, there was already a huge number of people following Islam.

The Prophet Muhammad ﷺ spent 23 years teaching the Quran and passing on the message to others.

A brief timeline of the life of the Prophet Muhammad ﷺ

The Prophet Muhammad ﷺ is born in Mecca, his father passes away before his birth. An Abyssinian ruler tries to destroy the Kaaba in Mecca but his army is defeated by a flock of birds sent by God who vanquish the army by stoning them to death with pebbles.

The Prophet Muhammad’s ﷺ mother passes away, he is taken into the care of his grandfather.

The Prophet Muhammad’s ﷺ grandfather passes away and he is taken into the care of his uncle, Abu Talib.

Marriage to Khadijah bint Khuwaylid. A wealthy widow who was his senior. She became the mother of all of his children bar one, Ibrahim.

A torrent damages the Kaaba and it is rebuilt by the tribe of Quraysh. The Prophet Muhammad ﷺ places the Black Stone back into its place.

The Prophet Muhammad ﷺ receives the first revelation in the form of true dreams and the first verses of the Quran in a cave on Mount Hira near Mecca.

The Prophet begins to pass on the message to close friends and relatives, who accept the message of Islam.

The leaders of Quraysh show hostility to the message of Islam and torture Muslims. A small group of 15 decide to migrate to Abyssinia.

The Prophet’s ﷺ uncle Hamzah and an enemy of the Muslims named Umar bin al-Khattab both accept Islam. The migrants return from Abyssinia.

The Quraysh boycott the Prophet’s ﷺ clan unless they hand him over to be killed. This continued for two or three years.

A larger group of Muslims (100 plus children) are forced to migrate to Abyssinia. The Christian Negus welcomes them.

The boycott ends and a delegation of 20 Christians from Najran in Yemen come to Mecca and convert to Islam. Khadijah and Abu Talib die.

The Prophet ﷺ marries Sawdah granting her the protection of his clan and care for his youngest daughters. He also marries A’ishah, the daughter of Abu Bakr.

The Prophet ﷺ attempts to spread the message of Islam to the tribe of Thaqif in Ta’if, 100km southeast of Mecca, he is met with rejection and humiliation.

The Prophet ﷺ presents Islam to some tribes that perform pilgrimage to Mecca. 6 men from Yathrib accept Islam.

12 men come from Yathrib and pledge allegiance to the Prophet ﷺ at Al-Aqabah. The Prophet ﷺ sends Mus’ab to teach them.

The Prophet ﷺ is taken on the miraculous Night Journey to Jerusalem in one night and Ascension through the heavens. The prayer is made obligatory.

75 new converts come from Yathrib and pledge allegiance to the Prophet ﷺ. They agree to give him authority over Yathrib.

The Muslims in Mecca slowly begin to sneak away to Yathrib and the Quraysh make a plan to assassinate the Prophet ﷺ in his sleep.

The Prophet ﷺ flees to Yathrib, his best friend, Abu Bakr, accompanies him on the journey. Yathrib is renamed “Madinah al-Nabi” (The Prophet’s City i.e. Medina).

The first mosque built by the Prophet ﷺ is established in Quba, just outside of Medina. The Prophet’s ﷺ mosque and dwelling are also built.

The Prophet ﷺ makes pacts with the Jewish tribes surrounding Medina. The Muslims attack the trade caravans of Quraysh.

The Quraysh assemble an army of 1000 in order to take revenge. They clash with the Muslims just outside of Medina and defeat the Muslims.

The Prophet’s ﷺ daughter, Ruqayyah, dies. Drinking wine is made prohibited. The Prophet ﷺ marries Hafsah, the daughter of Umar.

The Jews of the Nadir tribe conspire to kill the Prophet ﷺ. They are given 3 days to leave but refuse and are eventually expelled from the outskirts of Medina.

The Quraysh and some other Arab tribes (encouraged by the Nadir tribe) amass an army of 12,000 to attack the Muslims in Medina. The Muslims build a trench around Medina and are victorious.

The Jewish Qurayzah tribe who broke their pact and betrayed the Muslims at the Battle of the Trench are besieged until they surrender and are punished.

Rules of chastity, decency, and modesty are legislated and the pilgrimage to Mecca (Hajj) is made obligatory.

1,400 Muslims head to Mecca to perform minor pilgrimage (umrah) but are barred from entering. They make a 10-year peace treaty with the Quraysh.

Thanks to the safe passage offered by the treaty, the Prophet ﷺ sent letters to various rulers (Ceaser Heraclius, the Abyssinian Negus, the Sasanid Khosrow et.al) inviting them to Islam.

The Battle of Khaybar occurred between the Muslims and some Jewish tribes who had betrayed them at the Battle of the Trench. 15 Muslims were killed and 93 Jews. The Prophet ﷺ married Safiyyah, a Jewish convert to Islam.

The Muslims return from Abyssinia and one of the staunchest enemies of the Muslims, Khalid bin Walid, converts to Islam.

A Muslim army of 3,000 head to Mu’tah to pre-empt an attack from the Byzantines. They are met by an army of at least 50,000 and manage to strike fear into them thanks to Khalid’s military genius.

The Quraysh breach the treaty they had with the Muslims and the Prophet ﷺ takes a huge army to Mecca and conquers it with virtually zero blood-shed.

Abu Sufyan, the chief of Quraysh and Prophet’s ﷺ father-in-law, converts to Islam as well as many others.

The Prophet’s ﷺ oldest daughter Zaynab died and his son, Ibrahim was born.

The Byzantium Empire gather large armies in order to attack the Muslims. The Muslims gather all of their resources and an army sets out to Tabuk in the intense heat. When they arrive, the Byzantines had fled.

The second youngest daughter of the Prophet ﷺ, Umm Kulthum, passes away. Numerous large delegations come and convert to Islam.

The Prophet’s ﷺ son, Ibrahim dies. The Negus Armah (who converted to Islam) passed away and the Prophet ﷺ prays his funeral prayer with the Muslims in Medina.

The Prophet ﷺ becomes ill. The illness lasts for 11 days before he passes away.

Leadership of the Muslims is given to Abu Bakr by agreement of the companions.

I advise you to have obedience to Allah, listen and obey, even if an Abyssinian slave is put in charge over you and he leads you with the Book of Allah, you must listen and obey. Whoever lives after me will see many conflicts. You must adhere to my way (sunnah) and the way of the upright, guided caliphs. Hold firmly to it as if biting with your molar teeth. Beware of newly invented matters, for every new matter is an innovation and every innovation is misguidance.

Satan has despaired that he will ever be worshipped in your lands but he is happy to be obeyed in matters from your deeds that you consider insignificant, so be wary of him. Truly, I have left among you what you must hold firmly to, for you will never be led astray again: The Book of Allah and the Sunnah of His Prophet. Truly, a Muslim is the brother of another Muslim, and the Muslims are brothers. It is not lawful for a man to take the wealth of his brother unless he gives it freely and willingly. You may not oppress each other. Do not turn back to the ways of unbelievers after me, striking the necks of each other. Even if a slave were appointed in charge over you and he leads you with the Book of Allah, you must listen and obey.

Have I not informed you that the believer is the one who is trusted with the lives and wealth of people? The Muslim is the one from whose tongue and hand people are safe. The soldier is the one who wages war against himself in obedience to Allah. The migrant is one who shuns and migrates away from sins and evil deeds.

Indeed, your lives, your property, and your reputations have been made sacred to you, just as the sanctity of this day of yours, in this city of yours, in this month of yours. Will not the present inform the absent? It may be that the one informed understands my words better than those who listen to me directly. Be my witness, oh Allah, that I have conveyed your message to your people!